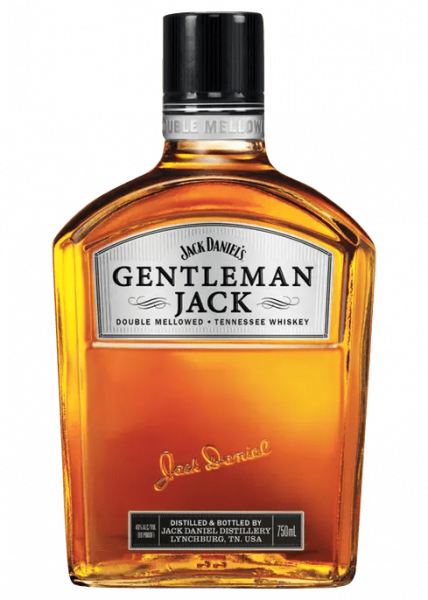 Some brands simply need no introduction. For whiskey, that brand is Jack Daniel’s. We’ve all heard someone next to us at the bar order a “Jack and Coke” as casually as they say hello, and that is for good reason.

Jack Daniel’s has built a loyal fanbase, and with that has come a large family of whiskeys to suit almost any whiskey palate imaginable. From cost-conscious options to more high-end, small-batch whiskey, Jack Daniel’s seems to have it all.

Within the Jack Daniel’s family of spirits is one of the company’s more high-end offerings, called Gentleman Jack. The brand is owned by Brown-Forman and is distilled at the famous Jack Daniel’s Distillery.

Keeping with Jack Daniel’s strict adherence to its own traditions, the company ensures that all distilling and bottling takes place in the home of Jack Daniel’s Whiskey in Lynchburg, Tennessee. Gentleman Jack is inspired by the company’s original gentleman distiller and undergoes additional extensive quality control measures to ensure its top-shelf quality.

Gentleman Jack has a mash bill of 80% corn, 8% rye, and 12% malted barley, making it a whiskey rich with complex flavors and a robust palate offering.

To deliver the consistent flavoring that Gentleman Jack is known for, the whiskey is aged in American white oak barrels for roughly 5 years and monitored closely by their world-renowned master distillers.

The whiskey finishes its aging process with an 80 proof point rating and retains a rich maple charcoal taste due to its double charcoal filtering treatment. This process further refines the spirit, enabling it to achieve an even smoother taste profile and setting itself apart from the other members of the Jack Daniel’ spirit lineup.

Is Gentleman Jack a bourbon or whiskey?

Gentleman Jack is a whiskey, much like its parent spirit, Jack Daniel’s. The primary difference between the two whiskeys is that Gentleman Jack undergoes an additional and second charcoal filtration step to further refine the spirit and ensure smoothness.

Why is Gentleman Jack not a bourbon?

It really comes down to the technicality of how the whiskey is made. Bourbons predominantly come from Kentucky and use a traditional filtration process, whereas Tennessee whiskey, specifically Gentleman Jack, undergoes a process known as the “Lincoln County Process.”

Fundamentally, the Lincoln County Process involves filtering and steeping the whiskey in charcoal chips multiple times before being poured into casks to begin aging.

What’s the difference between a whiskey and a bourbon?

What is the best way to drink Gentleman Jack?

Jack Daniel’s recommends best enjoying Gentleman Jack poured over ice, with a dash of ginger beer or ale and a lime wedge for garnish.

Yes, part of the whiskey distillation process requires the whiskey to be steeped in charcoal chips prior to being poured into casks to begin the aging process. Maple wood barrels, often having lived out their useful life as aging barrels, are burned and reduced to a maple charcoal mixture, which is then utilized in the filtration process.

While many believe that the charcoal steeping process removes alcohol during the filtration process, the reality is that the real purpose of charcoal filtering is to clean the raw spirits by removing the impurities naturally present in the whiskey in the early stages of distillation.

Can bourbon be charcoal filtered as well?

The short answer to this question is yes. While the process is slightly different for the filtration of bourbon through charcoal than with whiskey, they share many similarities in the processes they undergo to achieve a refined and pure composition.

Pleasant roasted charcoal notes with hints of spice and citrus.