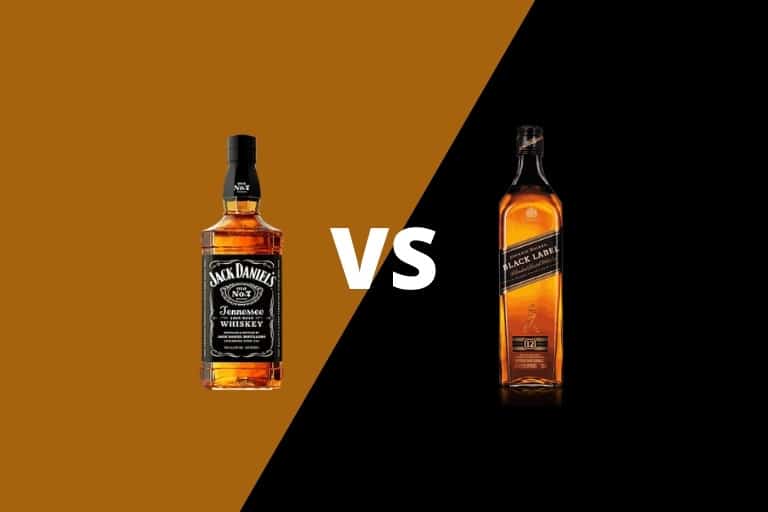 The fight for global supremacy in the world of whiskey comes down to these two brands — which represent the whiskey-making traditions of two continents. It’s a contentious story between two brands and their ownership entities that fight for the hearts, minds and palates of a global whiskey-drinking audience — a battle for public opinion that has even spilled over into the court of law.

In fact, both brands have a valid claim as the No. 1 selling whiskey in the world. Seems impossible, but it’s true.

One note on spelling: The Scots use ‘whisky,’ while Americans use ‘whiskey.’ As a result, you will see both spellings as we try to accurately reflect the nomenclature of each respective production region.

John Walker and Jack Daniel were both historical characters born into the 1800s with distinctive paths to the world of whiskey.

John Walker was born in Kilmarnock, Scotland, in the county of Ayrshire. His family sold the farm after his father died in 1819 and purchased a grocery shop and warehouse on the town’s High Street. Despite forgoing drink as a teetotaler, Walker oversaw the shop’s assortment of rum, gin, brandy and scotch whisky.

It was a fortuitous time to get into the scotch business.

Irishman Aeneas Coffey invented and patented his continuous still in 1833, forever changing the distilled spirits industry. As a result, Walker could sell not only sell single malt scotches from throughout Scotland, but he was also among the first to peddle the new inexpensive grain whiskies that began proliferating the marketplace.

John Walker died in 1857, so when the Spirits Act of 1860 passed in the U.K. Parliament and allowed brokers to blend malt and grain whiskies together, his son Alexander Walker reaped the benefit of the new blended scotch whisky style. That same year, Alexander introduced the square bottle with a tilted label. Together with his son Alexander Walker II, they built the brand into an international sensation.

The company acquired several distilleries throughout the end of the 19th and early 20th centuries, including Cardu, Coleburn, Clynelish, Dailuaine and Talisker. In 1925, Johnnie Walker joined the Distillers Company, which was a global leader in scotch whisky at the time. Guinness purchased Distillers Company in 1986, which then merged with Grand Metropolitan to form Diageo, PLC, in 1997. Today, Diageo is the largest drinks business on the planet.

Some colorful anecdotes about Johnnie Walker include that it was Winston Churchill’s favorite scotch during World War II and that it has enjoyed a royal warrant from the monarch of England since 1934.

Jasper ‘Jack’ Newton Daniel was born in Lynchburg, Tennessee, in 1849. He learned the art of distilling on the site of a neighbor’s distillery from a slave named Nearest Green. After the Civil War ended, Jack Daniel hired Nearest to run the stills of the distillery he built in 1875. Together, they perfected their whiskey style and began selling it throughout Reconstruction Tennessee.

The Jack Daniel’s brand was acquired by the Brown-Forman company in 1956. Under corporate leadership, the brand began a push into live music venues, where the distinctive square bottles with white font on black labels became associated with the up-and-coming rock and roll scene. Today, it is the No. 1 selling American whiskey in both domestic and international markets.

The mash bill or list of grain ingredients describes the grains used during fermentation to create the base for the distillate that will eventually be placed into wooden barrels and become whiskey. But because these products are from separate sub-categories that have entirely different regulations regarding fermentation, an apples-to-apples comparison is difficult.

[Click here for the full Bourbon vs. Scotch post for a deep dive into the nuanced differences between American and Scotch whiskey styles.]

Tennessee whiskey has the same grain requirements as bourbon: the mash must contain at least 51 percent corn. Jack Daniel’s has a grain bill of 80 percent corn, 8 percent rye and 12 percent malted barley. As a sour mash whiskey, Jack Daniel’s uses a portion of backset to start each mash.

To make the blends, Johnnie Walker Master Blender Jim Beveridge and his blending team have the largest barrel inventory in the world from which to choose component whiskies. In nine massive maturation warehouses built into the Scottish Lowlands and Speyside, hundreds of thousands of whisky barrels mature.

Johnnie Walker Black Label has a higher percentage of single malt whiskies in the blend than the entry-level Johnnie Walker Red Label, with more Islay peat notes in the flavor profile. Johnnie Walker Green Label is a blended malt scotch whisky, which means it combines single malts made at different distilleries with no grain whisky added to the blend.

Scotch whiskey must be matured in oak barrels for at least three years. Because no specific oak is mandated, the vast majority of barrels utilized during maturation are used bourbon and Tennessee whiskey barrels from the United States. Other types of barrels used include French Limousin oak, sherry butts, port barrels and scotch hogshead barrels. The Johnnie Walker Double Black expression uses heavily charred used barrels and a higher proportion of Islay peated malt to give the product a bold smokey flavor profile.

Johnnie Walker Blue Label is considered one of the ultimate luxury products among blended whisky. While it doesn’t have an age statement, it is considered a blend of the finest barrels from Diageo’s extensive portfolio.

Jack Daniel’s does not carry an age statement.

Owners Diageo and Brown-Forman fought a legal battle over the Lincoln County Process in Tennessee court. In 2014, the state reviewed legislation that considered ditching the sugar maple requirement. Diageo — owners of George Dickel Tennessee Whiskey — led the charge to change the law, while Brown-Forman was among those fighting to keep the requirement. While the Tennessee state legislature ultimately kept the Lincoln County requirement, the battle between the two drinks majors continues.

Brown-Forman is produced by Brown-Forman, the Louisville, Kentucky-based drinks maker.

In the lead paragraph, we mentioned that Johnnie Walker and Jack Daniel’s each lay claim to the bestselling whiskey in the world title.

How is this so?

Well, Jack Daniel’s Old No. 7 Recipe (Black Label) Tennessee Whiskey is the No. 1 expression of whiskey sold in the world. But Johnnie Walker’s line of Scotch whiskies takes the global combined sales title for the No. 1 overall brand of whiskey.

As a result, these two bottles face off in bars around the globe, from Nashville to Edinburg, Bombay to Nairobi. The global distribution of these brands means travelers everywhere are familiar with their different and distinct flavors. Due to their availability, these brands act as ambassadors representing American and Scottish whiskey-making traditions.

Johnnie Walker Black Label Blended Scotch has a suggested retail price of about $40 for a 750mL bottle at 80-proof, or 40 percent alcohol by volume.

Jack Daniel’s Old No. 7 Black Label Tennessee Whiskey has a suggested retail price of about $24 for a 750mL bottle at 80-proof, or 40 percent ABV.

Readers comparing the two whiskeys should note that the $16 difference in asking price means they represent entirely different pricing tiers. Bar managers, retail buyers and other industry professionals use these tiers to help build assortments that cover the tastes and demands of the broader market. 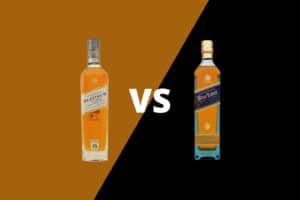 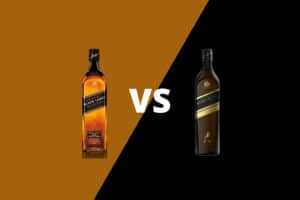 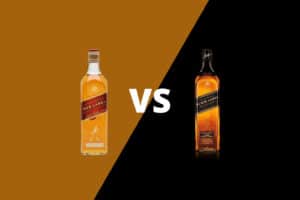