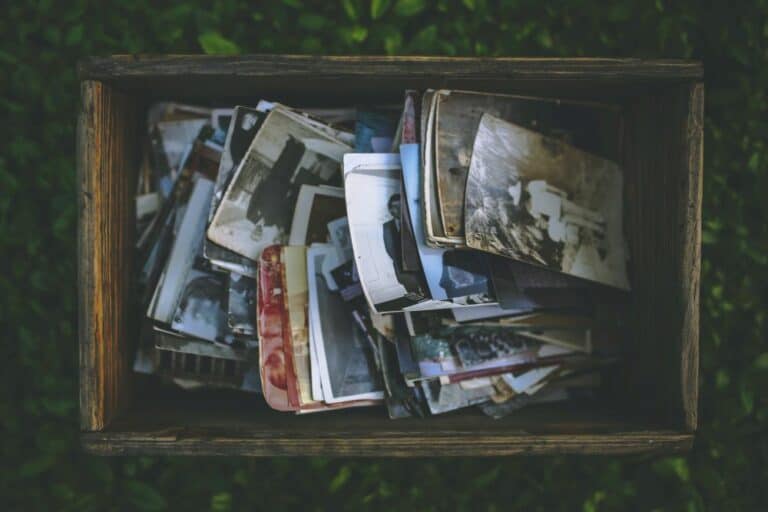 I didn’t know it then but I was socially advantaged to have worked for the Shields Evening News which must have been one of the smallest daily newspapers around at that time – and it had served the local community for a hundred years then. I know because I was at the centenary dinner.

It had originally been the Shields Daily News but the title was changed to the when upmarket trends seemed to change. During the last war, the three evening papers serving the North East coast came to an understanding that if one of their printing plants was bombed out of action, each, in turn, would come to the other’s aid.

In fact, all three papers, the Sunderland Echo, the Shields Gazette and the Shields Evening News had direct hits on their printing plants on the same night.

That was just before my time but it was still the big talking point when I joined the Blyth News-Ashington Post just up the road in 1944. I had got a Saturday job running copy from Blyth to South Shields on a Saturday when the editor asked me if I wanted to have a job there. My headmaster suggested I leave school then and take the job as ‘you will never get that chance again’

Apart from running errands, going to shorthand and typing classes, writing up the odd wedding and the church garden fete under the supervision of the rotund Victorian editor, I also assisted the staff photographer by carrying his bag, mixing developer, apart from adding the last ingredient: potassium bromide. He must have been thinking of my future sex life!

Although I carried on with my night schooling, I was getting more into pictures and when the photographer suddenly died falling down the steps of a hotel on the night of the Mayor’s Ball – I was in at the deep end, only to be replaced by one of their star men who had been in the forces. Sadly at thirty-six, he died too.

He was replaced by a more senior man – then two photographers suddenly left the Evening News, one to the News Chronicle in London and the other to Kemsley’s in Newcastle. I was to become their sole staff photographer for a fortnight at not much more than seventeen years of age.

Of course, I had to do my National Service so two more replacements were quickly found. This is when I should say the Shields Evening News, with a circulation of not much more than 17,000 was run like a proper newspaper. There was the editor, Arthur Dickinson, his deputy who was also chief sub and not related, Bill Dickinson, known to all in those days as Shanghai Dick because he had worked in the thirties on the South China News and it was rumoured he would swing from chandeliers like a monkey…

There was the chief reporter and always at least five others including the women’s editor. The copy room was three young ladies. The creed room where the tapes would come through was just opposite the subs room where there would always be at least half a dozen subs and two on the sports desk.

Of course, the printers were their own men. No jobbing printing, just linotype operators and comps getting the paper out six days every week. Downstairs was the large opulent front office with lots of polished brass governed by Miss Stark who also handed out pencils and notebooks. She was answerable to the two joint managers, Charlie Rae, who did the books and Albert Lough, a Flight Lieutenant in the ATC who looked after the transport. He had married well and he also owned his own car. Albert liked to have his picture in the paper and would often offer me lifts to various assignments if I would take a picture at one of his ATC parades.

The imposing offices at 52, Nile Street, North Shields, were then majestic, meaningfully built with a grand wooden staircase from the front office to the editorial floors. Miss Stark would often shout at me: ‘Have you always got to make so much noise when you run up those stairs two at a time!’ I wasn’t very fond of her then because she always wanted to know what I had done with my last pencil when I needed another.

So I go back to the beginning and talk about the privilege of being there in the first place. We had a magnificent staff who wanted to produce the best paper possible. I was there before my National Service and for some time afterwards and those who were there during my time could read like a Who’s Who? in newspapers.

Although the subs table had a sprinkling of old-timers, such as Shanghai Dick, the chief sub, they had H.F. Pettengall, who had been on the old Evening World in Newcastle which closed down after three months and was one of those who struggled to find a job afterwards. He was really Frank Pettengall but no one called him that.

Readers of Ranters, however, will be more aware of better-known names such as Norman Baitey, a very bright young man then just demobbed from the army as a sergeant – and those on the Sun knew how he could use his rank! Dick Parrack, became managing editor at the Sun; Charlie White subbed at the Daily Sketch when I first joined them; Jack Peart, the first sports editor when I was there, was the son of the old Fulham manager and became sports editor of the Sunday Pictorial. Dennis Brierley was for many years the chief parliamentary sub at the Daily Express.

Bert Stimpson, a reporter in my days eventually went to the Daily Mail in London and became chief copy taster. Terry Wynn, a Papal Knight now, was also at the Daily Sketch before other high profile jobs such as chief press officer to the Lord Chancellor. Neville Holtham, was sports editor of the People for a long time.

Alan Baxter, just seventeen when I came back from the services, eventually went to the Daily Mail and he and I worked together for a lifetime on the Daily Express and remain very close friends now after sixty years. We still meet up for the odd pint – and trips like this down memory lane.

Many more went on from Nile Street to the nationals, but they weren’t there when I was. Such as Bill Dixon at the Daily Mail, John Robson, who became the last Scottish editor of the Sunday Express, John Learwood at the Daily Sketch, John Wardhaugh, Daily Express.

And last but not least, William Hardcastle was a sub there in the late thirties, went down to London and became editor of the Daily Mail before launching the BBC’s World at One with his distinguished throaty voice. The editor, Arthur Dickinson would say: ‘He sat there next to me… not much of a sub!’

I also had a big exclusive before my eighteenth birthday. I was travelling on the upper deck of a bus which was passing the local golf course when I spotted three Newcastle United footballers playing there. One was Len Shackleton.

I got off the bus and they were delighted to have their picture taken. He was with goalkeeper Jack Fairbrother and winger Tommy Pearson. I raced back to the office, got a print to the chief sub – did a couple more prints and ran all the back to the golf course to get their autographs.

All put their autographs on the back of a print and Shack said to me: ‘You’ve got an exclusive there – I’ll be signing for Sunderland this afternoon at a world record fee’ He did, and the transfer cost Sunderland £20,050. ‘The fifty pounds extra makes it a record’ he told me. Could you imagine the £20m prima donnas confiding like that in a local newspaperman now?

Len and I remained friends for the rest of his life – he eventually joined me at the Express. Later we would meet up in Tenerife on holiday and he would always tip me off on stories he thought would make good pictures.

In 1958 after the Newspaper Society strike the Evening News became the paid-for Shields Weekly News and is now a give-away but for more than 160 years it had given many journalists an interesting start in life.

Gordon Amory organised the popular Pens and Lens Club lunch for nineteen years in Newcastle until last year when niggling health problems made it an arduous task. No one else has come up to take the reins but his address book is still available.